Labor And Delivery While On Heparin – My Birth Story:

If you or a loved one are on blood thinner for a DVT blood clot that occurred during pregnancy, don’t lose heart! It is a physically and emotionally painful journey but it will be worth it all when the sweet bundle of joy arrives at the end of it all. Every story is different, but below is my story of labor and delivery while on Heparin (a heavy dosage). To learn more about my original diagnosis and pregnancy journey read my post Managing Pregnancy with a DVT Blood Clot. 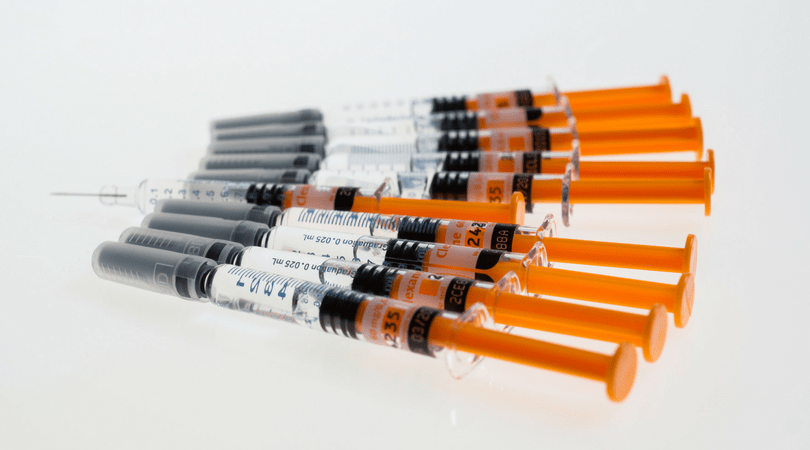 Since I was on a heavy dose of Lovenox most of my pregnancy with Ellie, my labor and delivery with her was carefully and precisely planned by my hematologist, OBGYN, and Maternal Fetal Medicine (the department for high risk pregnancies). I would switch from Lovenox to Heparin shots for the last month of my pregnancy and one week prior to my due date I would be induced. The switch to Heperin was to put me on a blood thinner that didn’t dwell in my system as long so that if I went into labor prior to the inducement my body would have a better chance of clotting appropriately. The early inducement of labor was so that I could skip one shot of blood thinner prior to labor to avoid having any thinner in my system at the point of delivery. This was to ensure appropriate post-delivery clotting as well as to allow me to receive an epidural, as it is dangerous to do so if blood is too thin.

However, like most labor and delivery stories I’ve encountered, the carefully anticipated timeline of events did not exactly go according to plans.

Every time my husband gave me my shot in the last several weeks of the pregnancy, we would hope that I didn’t go into labor soon after it was administered. As long as my labor began ten to twelve hours after a shot, all would likely be well and an epidural would be possible. Most evenings my husband gave me my heparin shot around 7:30-8pm. However, on Monday evening (one day before my scheduled inducement), we were heading to my in-laws for dinner and wanted to get the shot over with before leaving – so he gave me the shot at 6pm.

Less than a half hour later my water broke.

We still ate a quick dinner at my in-laws since we wanted to be sure we weren’t reacting on a false alarm, and then we headed in to the hospital both excited that the baby was finally coming and terrified by the knowledge that we had just administered the shot. We knew that the original plan was for the Heparin to be completely cleared in my system, so we didn’t know what would happen with a full dosage coursing through my veins.

When we arrived I had not yet experienced any contractions but it was confirmed that my water had broken. The doctor soberly informed us that I would need to be induced but that I also would not be able to receive an epidural due to the high volume of blood thinner in my system.

Naive to the reality of induced labor without an epidural, we somewhat excitedly nodded our heads in understanding and the IV drip was started to bring our baby into the world. (Looking back I now understand that we could have pushed the timeline for induction or requested a different means. If you find yourself in a similar situation, I highly suggest that you ask about other options! Just waiting 12 hours to induce me would have saved A LOT of pain and would have posed very little risk to me.)

For the first few hours I experienced manageable contractions and all went smoothly and well. However, just a few hours in the IV drip was increased and the pain of the contractions became excruciating. I begged for an epidural but until twelve hours after my 6pm shot that night the hospital wouldn’t even test my blood level since it was not possible for it yet to be safe.

I was begging for a C-section to end the pain when the twelve hour mark rolled around and at last my blood was tested in the hope that an epidural could be administered. The results, however, took an hour to be assessed. When they came back it wasn’t the all clear news I had been hinging my shredded hope on.

My level was still borderline safe for a spinal injection.

The anesthesiologist came to speak with us, siting new research that indicated a possibility that I could be safe at my current level but noting soberly that it was my decision to proceed. Desperate for relief of any kind and at any risk, I begged to proceed with the epidural.

He rolled in with his cart and began the process of at last providing me relief from thirteen hours of intense induced pain. However, just a few minutes into the process he began muttering under his breath that he couldn’t complete the epidural. He told us he was going to try again and I attempted to hold still for the process as my body was racked by intense and frequent contractions.

But he failed on his second attempt too.

He tried about five times over the course of an hour and was about to give up. Sweating and muttering, he informed us that he didn’t understand why he was having such difficulty.

“You are an average case to receive an epidural,” he informed us, “I don’t know why I can’t get it threaded.”

I begged him to keep trying, seeing no hope for myself to deliver without a C-section unless he could make it work. So he tried one more time. My husband and I prayed repeatedly and out loud as I clung to his shoulders in an attempt to remain still through the pain.

On his sixth and probably final attempt, the anesthesiologist completed the process!

I felt almost instant relief as the medication took hold. Finally able to breathe again, I thanked him profusely for not giving up on me and he left the room visibly humbled and somewhat defeated. My body finally relaxed as he exited the room and the pain of my contractions seemingly ceased.

At last my labor began to progress.

Before the epidural I had been stuck at 5 cm dilation for hours, but just shortly after it was administered I quickly progressed to 8 cm. The medication had helped my body relax enough to finally move forward with the labor and within an hour or two it was time to begin to push!

About five hours after the epidural we welcomed our sweet little Ellie into the world. 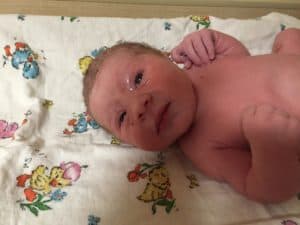 Despite the animate warnings prior to my receipt of the epidural I did not have any lingering complications and my body was able to fully recover. I resumed the Lovenox shots about twelve hours post-delivery and continued them for six weeks postpartum before waving them a hearty goodbye and leaving them joyfully in the dust.

I will need to be on Lovenox again for any future pregnancies, at a dosage of one shot a day rather than two. Both pregnancy and delivery on Lovenox and Heparin made for a difficult and complex journey, but I thank God that our sweet baby girl is healthy and her momma is here and healthy with her today.

I am grateful that there was medicine to treat the DVT clot without harm to myself or Ellie, painful as the process may have been.

If you are on Lovenox or Heparin for a blood clot during pregnancy it is a scary and anxious thing, but it will end. The pain of the shots will end and the pregnancy will come to a close. When you hold your little baby you may not forget the pain, but it will be worth every bruise and tear along the way.

Don’t lose heart momma. You’re not alone and you will make it through. 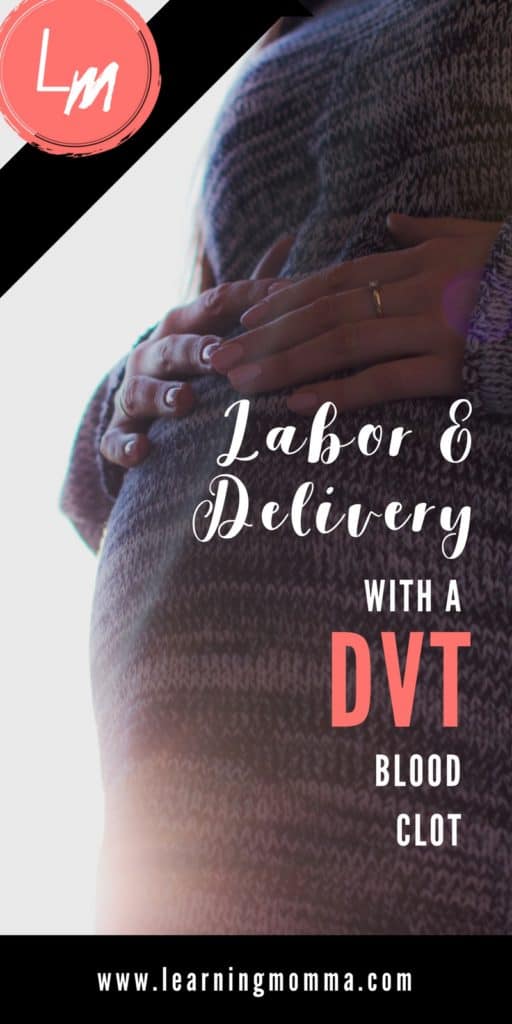 Labor And Delivery While On Heparin – My Birth Story: