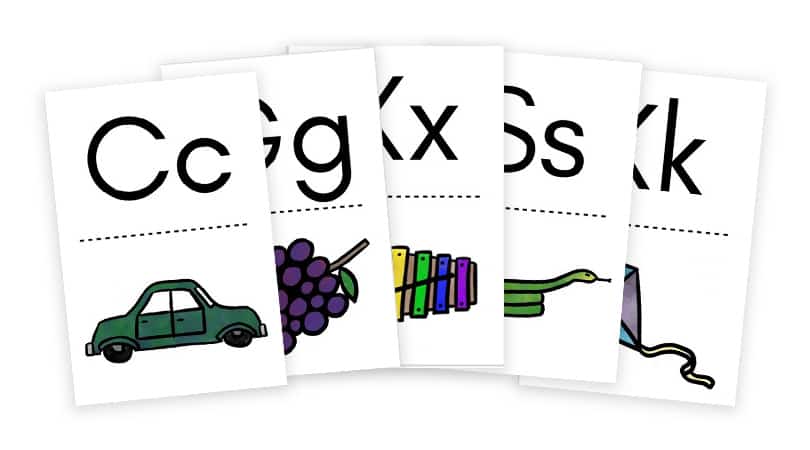 Printable Letters And Numbers For Toddlers

Our almost 2 year old daughter’s vocabulary has been quickly expanding! With it she has also developed a keen interest in the letters of the alphabet and numbers. I found that as our daughter’s interest in learning her ABCs grew I was eager to find ways to fuel it and help her! These free printable alphabet letters with objects can be used in a variety of ways to help young toddlers or preschoolers to learn their letters and numbers.

Download and use these printable alphabet letters as flashcards, an alphabet matching game, or as fun decoration for a bulletin board in a classroom! The free printable letters are designed in a convenient flashcard size to be printed and cut (which also makes them a great size to use for a bulletin board border). You can also challenge young ones by cutting each flashcard in half and to make a game of matching each object to the letter that it begins with!

We have several alphabet learning resources that we invested in as my daughter’s interest in her ABCs grew. We bought an alphabet book with ABC letters and words to go with each one. We have a tub full of wooden alphabet blocks. We were also given refrigerator magnets with the letters of the alphabet and a battery operated base that says each letter when it’s plugged into it. (I do highly recommend this! You can purchase one like it on Amazon here.)

I never really thought about flashcards for toddlers since there so many other fun resources out there to help toddlers learn their ABC letters and numbers. (I know our daughter also learned some of her numbers from Netflix children’s shows like Little Baby Bum!)


With all of the resources at my daughter’s fingertips, she has almost mastered recognition and verbalization of all the letters of the alphabet.

CAPITAL letters that is!

I found that many of the learning toys and resources we tapped into for my daughter focused primarily or exclusively on the capital ABC letters. My daughter can look at and verbalize an “A” or “Q” proudly and proficiently. However, if you place the image of an “a” or “q” in front of her she will probably either stare at you in bewilderment, yell “no!” (since we do that for everything), or take her best guess by saying a similarly shaped letter.

To fill the void in my daughter’s alphabet recognition, I decided to make her free printable alphabet letters upper and lower case.

My goal with the flashcards was to help my daughter start to associate the lower case abc letters with their capital counterparts. The cards are simple in design, but each one includes the capital and lowercase letter of the alphabet. This way I can begin to use them with my toddler to build her recognition of the lowercase letters.

(Since my daughter has also been into learning her numbers I included 1-9 in the cards as well so she can continue to build her proficiency in recognizing them.)

You can use regular computer paper for these alphabet letters to print and cut out, or, for more sturdy flashcards you can print them on card stock paper. I printed my copy on card stock paper and used my laminator to make them waterproof and toddler-proof. (If you have a little one, having a laminator on hand can be really handy for making any worksheets, place mats, or learning materials more durable! I have an Amazon Basics one that works great.)

If you have a toddler who is starting to show interest in or learn their abc letters, then you can download these free printable letters and numbers HERE.

If your little one is a book lover like mine, make sure you also check out my ABC book for alphabet learning!

Have you also checked out my free printable alphabet coloring pages? 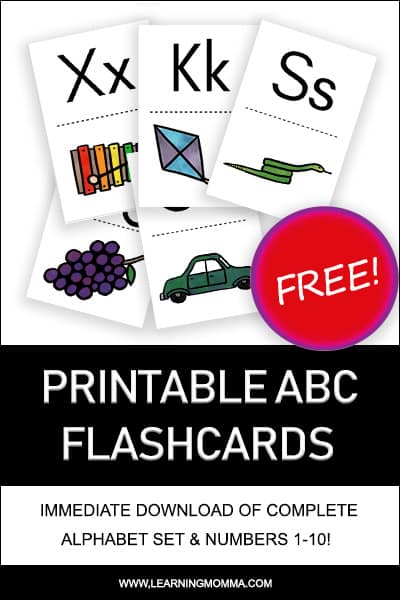 Alphabet Letters To Print And Cut Out 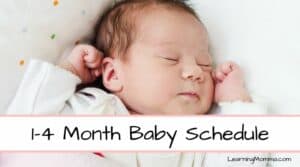